I know that it is kinda weird that our first dinner at Hoi An, famous for some of the best Vietnamese food in the country, would be Mexcian.

Background is that back in Hanoi, one of our early neighborhood eateries (Green Taste) closed shop to relocate as a new restaurant in Hoi An and I had promised to visit them. The other reason was that I just had not gotten around to do any major research on what to eat tonight.

I am not a big fan of Mexican in general, but Chef Brad explained to me that it is probably tex-mex food I have learned to dislike over the years and that he cooks more original Mexican, which I could taste, I totally loved my slow cook pork tacos and Julius was once again very happy about their chicken wings (pretty much same flavor as they had it in Hanoi). 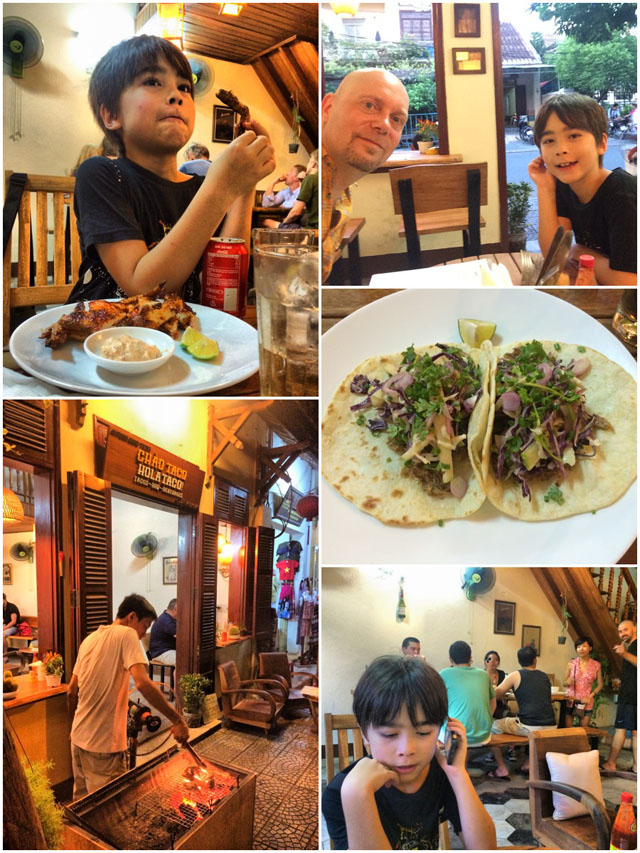 They still have some great sounding stuff on the menu and the serving of ribs is huge and many other patrons were talking about it. So, I guess in the time we are here we shall return.

I did not realize until I edited the photos later on a bigger screen that in that last shot (Julius calling mama on the phone) I captured that moment when Brad asks Nhung ‘I know we know them somehow from somewhere .. ‘