Today J and I ventured out into the Old Quarter to sample a new Banh Mi (Vietnamese Sandwich) stall, which had garnered quite some attention last night on the Foodies FB group. Special promotion and everything.

It was not difficult to find, but I was initially taken aback a little, that it was indeed just a stall with minimal seating in the back (and tons of motorbikes parking in the front) 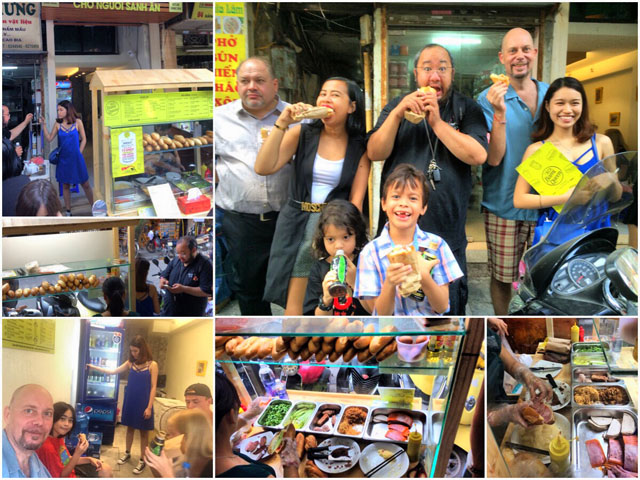 But the very friendly proprietor ladies got us all sorted out and we sampled 2 of their offerings: The Sai Gon (with extra paté) and the bbq pork.

While very tasty and everything was nice, I do have a few nitpicks: (disclaimer, I am totally spoilt by the Banh Mi I had and loved in Hoi An). They are small in size, tall guy like me needs 2 – 3 of those. I was hoping to see a piece of pork roast from which the meat would be freshly sliced, instead it appeared they had grilled some meatballs and cut slices from those. The ‘original Sai Gon’ cold cuts were nice, but maybe they are more appreciated by people who know them from Sai Gon. 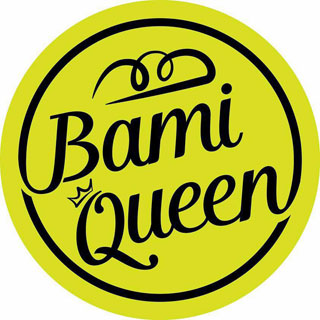 See that group pic? Those are all members / admins of that FB foodie group (plus Mai, who advertized the new place there). There was one alarm bell going off for me and Fred (who is in the F&B industry), there was a yellow blob, which I was told was ‘home made butter from eggs’ (so, mayonnaise!) which just sat there un-chilled. Raw eggs and this temperature / humidity are not a good mix. We raised our concern and they promised they will think of a way to fix this.

Unless we are in the area again (which we are not that often), I do not really see us return there anytime soon. But I do which a place like this would open in our neighborhood …